Field Programmable Gate Arrays Vs the CPU- The Right Pick?

A Field Programmable Gate Arrays is a general-purpose integrated circuit made up of a large number of logic circuits that can be “wired up” however you choose. This lack of specialization means that a FPGA programmed to be a CPU or GPU will always be slower than the real CPU or GPU. On the flip side, you can program logic into the FPGA to compute workloads that neither CPUs nor GPUs are designed to do. You could program your FPGA to compute a specific series of complex calculations on data input and it will do these quicker than a CPU.

There will always be a need for a general-purpose CPU to run most things, and while you can implement a CPU on a FPGA, that gives you the worst of both worlds – no improvement from specialized hardware design, and you still need to pay the “Field Programmable Gate Arrays tax”. So no, FPGA will never replace CPUs. Where it shines is when you are doing something that can benefit from specialized hardware, but there aren’t enough people doing it to be worth making an ASIC. That is almost always going to stay a niche.

The main reason why you would choose a it over a CPU or GPU is that you want to do some computations that neither a CPU nor GPU are designed to do. To understand this, you need to understand what a CPU, GPU, and a Field Programmable Gate Arrays are. CPUs and GPUs are designed to do one thing well. CPUs are built to perform the calculations required for general computing as fast as possible using a small number of powerful cores while GPUs are designed to process massively parallel workloads as fast as possible with hundreds or even thousands of little cores.

You could create an ASIC to do these same specific workloads and the ASIC would do it quicker than the FPGA but it still has the benefit of being able to be reprogrammed if you need to do another task suitable for it. A CPU would be a couple of backhoes, a GPU would be several hundred or thousand men with shovels, an ASIC would be a motorized trenching machine and a FPGA would be a “Build Your Own” construction set complete with engines, pneumatic gear, various shovel bits and miscellaneous bits that you could cobble together to make a dual-trench trenching machine or a bulldozer.

Nowadays, Field Programmable Gate Arrays are widely used in industries ranging from telecom to aerospace. Its advantage over ASIC, in terms of design change, even after the product has been deployed in the field, has expanded the use of FPGA. Another factor driving the growth of this market is the demand for extensive computation in applications, which gives a new direction to the FPGA industry.

Moreover, cloud computing and data processing in data centers have emerged as significant areas of application for FPGA. There is increased demand for optimization in Big Data analytics and it is one of the primary drivers for the market. If you wish to explore our services on this, just visit Techruit Solutions.

Do not hesitate to share your feedback on this article in the comments section below. Follow us on social media for such interesting write-up . 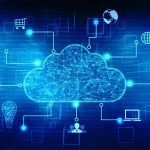 Data Warehouse in the Cloud – A One-stop solution? 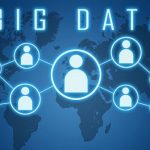 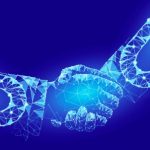 Blockchain Tech – Uses and Applications in the New Millenium 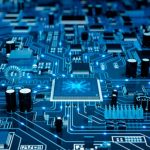 Field Programmable Gate Arrays Vs the CPU- The Right Pick?